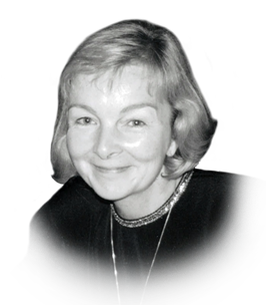 Share this tribute
Memorial Candles Lit for Barbara | SEE ALL
Light a Candle
"We are honored to provide this Book of Memories to the family."
— Families First
Funeral Details Condolences & Donations Photos, Videos & Stories

Barbara had an envious career; her administrative acumen and political savvy served her well in her roles as the Executive Assistant to Robert L. Stanfield, Leader of the federal Progressive Conservative Party; Executive Director of the Canadian Petroleum Association and Executive Director of the Ontario Chiropractic Association. Barbara could often be found reading the latest political articles in the Globe and Mail and listening to the latest viewpoints on CBC. She didn’t hesitate to express her views and enjoyed a healthy (and often heated!) debate.

But most importantly, Barbara was the best sister. As the eldest of seven children in a boisterous Irish Catholic family from Sudbury, Barbara raised the bar for all us who followed her; loyalty, dedication and commitment to family, friends and community.

Our special thanks to the medical staff at Windsor Regional Hospital, and in particular, Dr. Mehta and the nurses on the 6th floor, for their compassionate and dedicated care to Barbara.

A private family service was held in Windsor and Barbara was laid to rest, alongside her beloved Joe, in Greenhill Cemetery, Kingsville.

In honour of Barbara’s memory, donations are gratefully accepted to Aptus Treatment Centre (www.aptustc.com) or to a charity of your choice. Arrangements entrusted to Families First, 3260 Dougall Avenue, South Windsor (519-969-5841).
PRINT