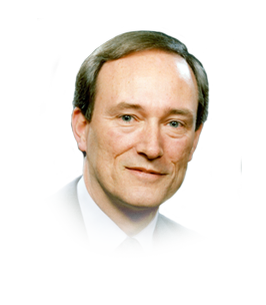 Share this tribute
Memorial Candles Lit for Douglas Henson | SEE ALL
Light a Candle
"We are honored to provide this Book of Memories to the family."
— Families First
Funeral Details Condolences & Donations Photos, Videos & Stories

With heavy hearts and loving memories, we announce the passing on December 14, 2019, at age 82, of a darling husband, father, grandfather, and great-grandfather, having succumbed after many years with Alzheimer’s. Douglas was born in Shillong, Assam, India on November 15, 1937, to his parents, the late Henson George Wright, b. Colchester, England and the late Helen Isabella (Kirkpatrick), b.Kirkcudbright, Scotland. Doug’s father, Henson, managed, for nearly 30 years, 30,000 acre tea estates, named “Cachar”, before WWll and “Silcoori T.E.” after the war. After a brief stay in England and Scotland, the family came to Canada in April 1951. Douglas was also the step-son of the late James R. Smith, Southend, England. Doug will be dearly missed by his wife of 61 years, his soul mate and best friend, Donna Johanne (Dufour), who was also his Patterson High School sweetheart. Cherished father of Steven (Torrie) of Belle River, Debra Wright (Dave Dalziel) of Port Perry, and Lori Wright, The Gold Coast, Qld, Australia. Proud grandfather of 5 grandsons, Brandon Wright, Bradley Wright (Nadia), Conner Dalziel, Kai Dalziel and Lori’s son, Tristan Danielian. Great Grandpa of Theo and Giles. The oldest of 4 sons, Doug is survived by brothers K. Trevor (Gail) Kelowna BC, Peter (Rose) Windsor, Alastair (Tina) Nanaimo, BC. Dear brother-in-law of the late Gail (Dufour) and husband, late Harry Cameron. Survived by many nieces, nephews and cousins. An Honours Business graduate of the University of Windsor, Doug spent over 32 years in Walkerville at Hiram Walker & Sons Inc., working mainly in American Sales and Marketing, serving the company with steadfast hard work and loyalty. Upon retirement, 1990, Doug gave back to the community, working for The Unemployed Help Centre for 5 years. In the past, he was also involved with HMCS Hunter, Jr. Achievement, The United Way and was on the Board of the Alumni Association of the University of Windsor. He and his wife, Donna, have always had a great love of animals, particularly their own cats, nature, music, boating, and travel - having traveled extensively in many countries. Doug earlier participated in a dart league, and was actively involved in running, squash and golf.

It is with great appreciation we salute the staff of Huron Lodge, particularly Poplar and Hickory Units, for their continual, empathetic and supportive care of our dear loved one. How fortunate Doug was to have made many lifelong friends, both socially and through work. He was deeply devoted to his family and friends who were inspired by his ready smile, his kindness, dependability, thoughtful, supportive and courteous ways.
Our darling Douglas, “You may leave our arms, but never our hearts.”