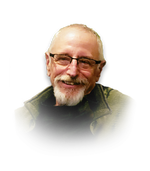 Escaped this mortal realm on October 27, 2019, at the age of 69. After a lengthy battle, he lost his fight with cancer at the Hospice of Windsor residence. Predeceased by his father Malcolm (1983) and his mother Mary (2016.) He will be greatly missed by his beloved wife Elaine (nee Broderick) of 47 years. Cherished father to Jason (Elizabeth) who was his first shining star and predeceased by son Derek (2003) his second shining star. Duncan loved his grandchildren to the moon and back and had extreme pride in Natasha, Gabriella, and Derek, to whom he would oink like a pig to on their phone calls.

He will be missed by the Broderick family and by his lifelong friend Jim Marr. Duncan took fashion cues from no one and was ridiculed by family for owning more jackets than 10 people could wear. He also had a passion for airplanes and could name anything flying in the sky. Duncan was a fun loving, kind and caring family man, who loved all genres of music as can be attested to by the 1000’s of CD’s in his man cave. Duncan had a good work ethic which he passed on to his sons and took pride in his work as an electrician at Ford and Hydro One. In his retirement, he loved spending time at his trailer in Ipperwash Beach, enjoying fires and conversing with his many friends. The world has lost a great man. As per Duncan’s wishes, cremation has taken place. A private family memorial will take place at a later date.

This obituary is protected by copyright by Families First. Proudly Serving the Community of Windsor. Families First is located in the province of Ontario, Canada.