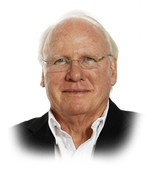 With his family at his side on September 12, 2020 at 86 years of age. Beloved husband of 62 years to Eva (Nee Graham). Loving father of Erin and husband Andrew Underwood, Jennifer Agnew, Laura and husband Robert Hollands, Maureen Agnew. Cherished Nonno of Nigel, and Grampa to Kelsey, Tarleen, Mitchell, Dale, Ethan, Meaghan, and Keenan. Son of the late Robert and Jeannie. Dear brother of Carole, and the late Robert, Andy, Jeanne, Sam, Patricia, Victoria, and Dale. Ed was cherished by his large Irish family and will be fondly remembered for his dedication to the City of Windsor. He will be remembered for his kindness, compassion, charitable work, laughter, golf & yes, whistling! Ed proudly worked for the City of Windsor for 44 years, as Finance Commissioner and Intergovernmental Grants Coordinator. Among Ed’s many achievements was the Queen Elizabeth II Silver Jubilee Medal. He was a man of integrity and a true Irish Gentleman!

If you so desire, donations to The Circle of 7 would be appreciated by the family.

A public Celebration of Ed’s life will be held at a future date.

A Roster of Ed Agnew’s Involvement and Assistance to Community Groups: