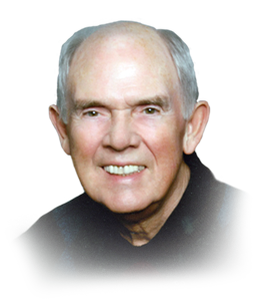 Share this tribute
Memorial Candles Lit for Gerard Edmund “Ed” | SEE ALL
Light a Candle
"We are honored to provide this Book of Memories to the family."
— Families First
Funeral Details Condolences & Donations Photos, Videos & Stories

Johnston, Gerard Edmund “Ed”
September 30, 1938 - April 6, 2020
Gerard Edmund Johnston was born in Moose Jaw, Saskatchewan to Matthew Grant Johnston and Maria Lafontaine, the younger brother to Joseph Grant (2018) and Doreen Annette (2005). As the son of an insurance salesman, he grew up in several cities: Parry Sound, Cornwall, Oshawa and Barrie among them.

Ed was the first one in his family to attend university. He took a year off after high school in Barrie to earn money as a surveyor for the Canadian Pacific Railroad. He then enrolled in the Commerce program at Assumption University in Windsor, chosen for its proximity to Detroit and professional sports, especially baseball. He was a great fan of the Tigers and Al Kaline (who died on the same day).

Ed started his teaching career at Riverside High School in 1965 and moved to F. J. Brennan as Commercial Director a year later. He became Vice-Principal there in 1971. Appointed as the first Principal of Catholic Central High School in 1986, he kept a goldfish bowl of student names until there was a building ready for them, and hired an entire staff to begin the new school. A few years later, he decided to return to the classroom and taught grades seven on down to four at C. G. DeSantis school until his retirement in 1998.

It became a bit of a joke that Ed never took any time away from work, not even summers, and he didn't miss a day until 1978 when he was off for some surgery and also his time at Brentwood Recovery Home. Ed was very proud of his 42 years of sobriety in Alcoholics Anonymous, and was a support for countless others who knew his open, honest nature through fellowship.

He was the former spouse and good friend of Mary Anne Johnston (Creede, 2018), and her husband Jacques Aharonian. Ed and Mary Anne raised three children, Matt (Janice), Chris (Susan) and Liz (Jeff). They were faithful members of Blessed Sacrament Church in Windsor’s west end. They had four grandchildren, Declan & Curtis (2016) Johnston, and Sebastian & Isabelle Hill. Ed was a kind and supportive parent to his adult children and their spouses. He maintained a special relationship with his grandkids, talking, laughing, challenging them at cribbage, and listening respectfully while encouraging them in their interests. Although they lived in different cities, Grampa was an important and influential figure in their lives.

In 1991 Ed met Nancy Carr and they married in 1998, blending their families together. Ed was her best friend, her sweetheart and the sunshine in her life. He was well loved by her parents Don Carr (2014) and Lola Casey, and her siblings Norm (Carolyn), Mark (Anita), Brian (1999), and their families. Nancy's family became Ed's family. Her granddaughter Christina Bojaruniec with husband Mike and children Kayden, Cameron, and Sophia adored him. Nancy's children loved their stepfather very much. Kevin LaMantia (Dianna) and their children Alexandra Arfiero (Dario) baby Georgia, and Nina will miss him so much. Tim LaMantia and his daughters Erica, Elle, and Eve will never forget his goodness. His "foster family" Becky LaMantia (Gignac) and her kids Steven and Amanda will always appreciate Ed's kindness.

A dear Uncle to so many nieces and nephews on both sides of his family, he followed their achievements and milestones with devotion and enthusiasm.

Ed and Nancy also shared a wide assortment of friends from near and far. They enjoyed church together on Saturday nights at Our Lady of Guadalupe and they especially loved to travel and savour the life they shared with others in Alcoholics Anonymous. Ed was a humble man who championed the gifts that he could see in others rather than seeking recognition for himself. He never thought of himself as the great teacher that he so obviously was, but was always in the background, cheering on countless others.

Ed died at home after a short illness from the complications of COPD and Scoliosis.
Ed's family and friends will gather at a future date to give him the memorable celebration of life he rightly deserves.

If you so desire, donations to the Hospice of Windsor would be appreciate by the family.


Click here to view how to support others during self isolation from home.