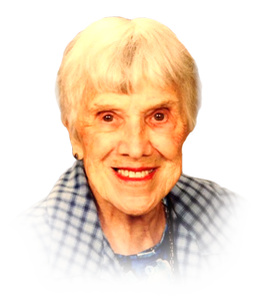 Share this tribute
Memorial Candles Lit for Jean Margaret | SEE ALL
Light a Candle
"We are honored to provide this Book of Memories to the family."
— Families First
Funeral Details Condolences & Donations Photos, Videos & Stories

December 19,1924 – December 16,2019
Passed away peacefully on her terms! Born to Hilda & James Abell in Kingsville, Ontario Cherished wife
and life-time love of the late Donald Edward Berry. Beloved mother of Lynne (Mel) Wachna, Gayle
(Adam) Burke, Lisa (Jerome) Gillis and Grant (Leanna) Berry, and adored by her 13 grandchildren and 11
great grandchildren.
She was predeceased by her sister Mary (Michael) Pope and leaves behind her friend and sister-in-law,
Barbara Laird as well as many nieces, nephews and great nieces and nephews.

She attended John Campbell School, and Commerce Collegiate. She was a childhood member of St.
Barnabas Church as well as St. Mary’s in Walkerville where she was a Sunday School teacher and
Cubs/Scouts leader extraordinaire. She joined the St. Mary’s Young Peoples’ group, which later lead her
to join the YW/ YMCA young people’s group. Jean and Don became founding members of Glenwood
United Church and continued their faith there throughout their lives.
She volunteered at the Downtown Mission, Meals on Wheels, the crisis line “Telefriend” as well as
driving Prisoner's wives to Kingston, (working with the John Howard Society), and she assisted in setting
up the “Tough Love” group at Glenwood United Church. She was constantly helping others who needed
rides to Doctors appointments, church or to get groceries and her Christmas dinner table was never
without special people who would have been alone on that day. In her later years, she began to knit
dolls for service men to take to children in war torn countries, as well as hats, scarves and mitts, for
those in need. She was always thinking of others and her faith was her guide.

In lieu of flowers, donations can be made online at Families First or directly to Glenwood United Church,
1825 Grand Marais Rd West, Windsor, Ontario, or Princess Margaret Cancer Foundation.

“Well done good and faithful servant….. Enter thou into the Joy of the Lord.”
PRINT