To share your memory on the wall of John A. Gagnon, sign in using one of the following options:

Provide comfort for the family by sending flowers or planting a tree in memory of John A. Gagnon

Receive notifications about information and event scheduling for John A.

Receive text or email updates for John A.

Print
According to his wishes, cremation has taken place, and a celebration of life will be held at a later date when time allows.

We encourage you to share your most beloved memories of John A. here, so that the family and other loved ones can always see it. You can upload cherished photographs, or share your favorite stories, and can even comment on those shared by others.

Posted Jul 08, 2020 at 09:34pm
Dear Catherine, Jamie, Erin and family.
Our deepest condolences to you all. You have been in our thoughts and prayers daily. Catherine, your love, faith and strength was what Johnny drew from for so many years. You were the best! Special and loving thoughts go your way.
Jay and Fran Moulder
Comment Share
Share via:
JM

Posted Jul 07, 2020 at 09:15pm
Our sincere condolences to you, Cathy and Petu. We will remember you in our thoughts and prayers at this difficult time. May he Rest in Peace.

Posted Jul 06, 2020 at 03:14pm
Catherine, James, Erin, Ashley, Megan, Bernice and family members, please know you and John have been in our thoughts and prayers. God bless you all at this very difficult time. Peace and blessings. Audrey, Tony and Janice Magri
Comment Share
Share via: 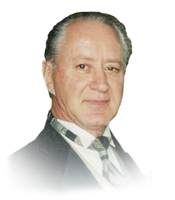