To share your memory on the wall of Ken Bickel, sign in using one of the following options:

Ken was a very proud veteran of the Second World War, which he served his country from 1943 to 1946 in the Canadian Army. He was a long time retiree of Chrysler Canada and Local 444 where he began working in 1942 and returned after serving in the war.

Ken has been an active member of the Windsor Moose Lodge #1499 for 70 years. He joined the Loyal Order of Moose in 1950, progressing to the Legion of the Moose in 1951. He received his Fellowship degree in 1955 and Pilgrim degree of Merit in 1976, which is the highest degree that can be achieved in the order. Ken was very active in his home lodge, where he has held every position on the Board of Officers and served as Lodge Governor 5 times even at his passing he was still on the board of officers as the JR. Past Governor. Further to his dedication to his home lodge, Ken has also served every chair, including that of President of District 3 of the Ontario Moose Association (OMA) and every chair, including President of the Provincial OMA board. Ken was a member of Sun Parlor Moose Legion 95 and has held many Moose Legion chairs, including North Moose, Herder, Deputy Grand North Moose and Secretary. Ken was an active member at the association and International levels, including serving as Deputy Supreme Governor and a member of the International Community Service Committee.

On the International level, Ken served 7 years as a Supreme Councilman for the Legion of the Moose and in 1992 he was elevated to serve as International Moose Legion President of the Loyal Order of Moose.
Ken’s dedication to his fraternity lead him to become active with the Michigan Moose Association which in turn awarded him with the title Past President of the Michigan Moose Association.
Ken was a member of Windsor’s lodge and legion ritual teams where he and his team won Provincial and International awards. Ken is a past recipient of the Moose International Shining Star Award for Moose Legionnaire of the Year. In 2013, at the 125th annual International Convention held in St. Paul, Minnesota Ken was conferred the honor of Past Supreme Governor of the Loyal Order of Moose.

Ken was instrumental in the growth of our Fraternity through his mentoring of new members and new board members throughout the years. Ken has made many friends and built strong relationships across North America throughout our fraternity, he will surely be missed by all.

We would like to acknowledge and thank the wonderful staff of the Royal Marquis for many years of compassionate care provided to Ken (he loved you all). Thank you to the staff at the Regional Dialysis Unit in both the Bell and Jean Mance buildings for the exceptional care provided to Ken over the years. A big thank you to Hospice, especially, Bob Legault for his personal help with transportation to dialysis. Thank you to Dr. Bergeron and the 7th floor staff at WRH Ouellette Campus for your compassion and understanding in Ken’s last week of life.

In lieu of flowers, donation to Moose Charities in care of the Windsor Moose Lodge would be appreciated.

Receive notifications about information and event scheduling for Ken

We encourage you to share your most beloved memories of Ken here, so that the family and other loved ones can always see it. You can upload cherished photographs, or share your favorite stories, and can even comment on those shared by others.

Posted Sep 24, 2020 at 07:31pm
With sad hearts we will miss you dearly Ken, miss those times to sneak up give you a big hug,and wishing you a great night and day tommorrow.Till we meet again my friend forever. FROM THERESA LEBLANC AND LATE Stewart Robertson.

Posted Sep 21, 2020 at 07:49pm
I have a lot of good memories of Ken , he was a very close friend of my husband Len, we had a lot of fun at conventions with Ken , one remembrance i have was when a few of us ladies got together and shortsheeted his bed which was very funny , he had a good laugh about that. One of my best memories at a convention in Chicago, we three had gone together and when leaving chicago for the ride home Len went blind from cataracts and i would have been petrified driving home from there and Ken took over driving and brought Len and I safely home. Ken was a great friend , who helped Len a lot. RIP Ken and meet up with your buddy Len . You will be missed by a lot of friends.lmarleau2@@friends.lmarleau2@cogeco.ca
Comment Share
Share via:
AG

Posted Sep 19, 2020 at 10:50am
I was indeed honoured to have enjoyed the company of "Mr. B" and having the pleasure of sharing memories of his dedication and service to Canada as a Veteran of WW II. To read the article I wrote on Mr. B's military service and contributions as a steadfast role model/mentor/advocate for youth engaging in volunteering (serving their community as members of the Moose Lodge) appears in the September 2019 issue of Bix X Magazine. Visit this link and flip to page 61.
https://issuu.com/bizxmagazine/docs/biz_x_magazine_september_2019_

Attached is Ken's photo taken in his backyard in Walkerville wearing his uniform. In the dictionary next to the word "humble" is Mr. B's photo. We can all take a page out-of-his book of life and apply it to ours especially as we continue to persevere during these challenging times when our lives are being compromised.

WE WILL REMEMBER THEM 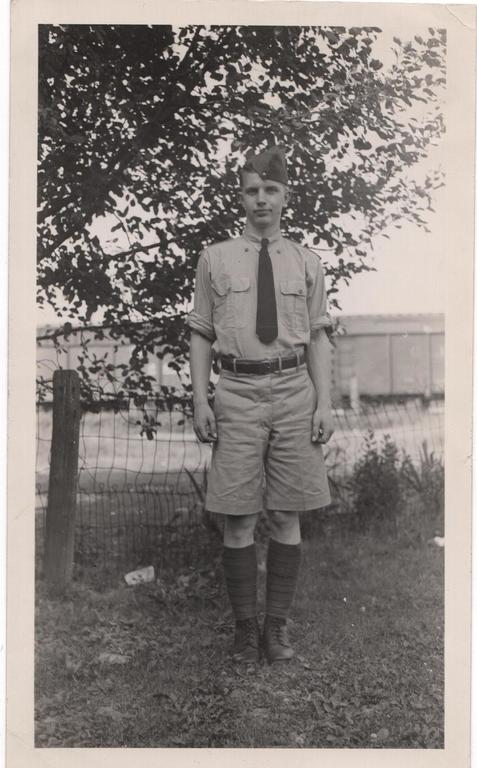 Posted Sep 19, 2020 at 08:21am
Frank & I are so sorry to hear of Ken's passing - he was a true gentleman and would give a helping hand to whoever was in need - he will be always remembered and missed very much
Comment Share
Share via:
HB

Posted Sep 18, 2020 at 06:06pm
Words can not express how sad we are at Ken’s passing. He was not only a friend but a part of our family. Our grandkids think of him as a great grandfather and our family will miss having him with us for Christmas dinner. We know in our hearts that he is in a better place, where there is no pain and no dialysis, but his passing will create a big void in our lives. We figure he has already started recruiting members for a Moose Lodge in heaven, and he will be there waiting for the many friends he has left behind. Rest In Peace Mr. B!
Dan and Heather Batson
Comment Share
Share via: 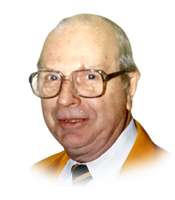