To share your memory on the wall of Kenneth George Milburn , sign in using one of the following options:

It is with great sadness that long time companion, Eleanor Piotrowski, announces the passing of Kenneth George Milburn the morning of Sunday, October 11, 2020 at the age of 77 at Shoreview Retirement Home, Winds... Read More
MILBURN, Kenneth George

It is with great sadness that long time companion, Eleanor Piotrowski, announces the passing of Kenneth George Milburn the morning of Sunday, October 11, 2020 at the age of 77 at Shoreview Retirement Home, Windsor ON.

Ken was born on April 24, 1943 in Chatham, Ontario to parents, Wanda (Harding) and Kenneth Milburn. Ken spoke avidly of growing up in Chatham with his sister Fran (Frances (Milburn) Dungey) and twin brother Len (Leonard G. Milburn) and of childhood summer adventures in Martha’s Vineyard, Massachusetts with his Aunt Beulah.

Ken graduated from the University of Windsor with a B.Sc. in 1967 and the following year studied at Queens University, Kingston. He then began his career in real estate, becoming a Windsor-Essex Broker. In 1970, Ken started Crescent Realty and then Gem Mortgage and Loan. As one of few black realtors at the time, Ken continued to provide exemplary real estate service to the Windsor-Essex community for over forty years.

Ken enjoyed tennis and golf and was a Detroit Tigers and Red Wings fan, attending many games each season with friends and clients. He supported several community activities and participated in the BIG BROTHER organization, helping many fatherless young men through their youth.

In 2001, Ken met his partner, Eleanor, and they shared their mutual passions for cooking and travel. His love for Eleanor remained the focus of his attention.

As author of ‘Windsor to the Smithsonian’, Ken chronicled the journey of a pair of Joe Louis’ boxing gloves from Louis’ 1936 bout with Max Schmeling. After the match, Louis gave the gloves to Ken’s Aunt and Uncle Cuzzens, who passed them on to Ken. Subsequently, Ken donated the gloves to the Smithsonian in a formal ceremony in Washington, D.C. in August of 2007.

Having a discerning palate, Ken enjoyed cooking and took various classes with local chefs at St. Clair College. His interest in the foods of diverse cultures melded well with one of Ken’s greatest passions, traveling. Ken travelled extensively on six of the planet’s seven continents. Only one of his many voyages of discovery included a trip on the Trans-Siberian Railway, in mid-winter, passing through two continents, seven time zones and multiple cultures.

He remains in our hearts.

Receive notifications about information and event scheduling for Kenneth George

We encourage you to share your most beloved memories of Kenneth George here, so that the family and other loved ones can always see it. You can upload cherished photographs, or share your favorite stories, and can even comment on those shared by others.

Posted Oct 24, 2020 at 01:46pm
I didn't know my uncle Ken very well but thought of him often over the years. My mom is Bevs sister. Condolences to the family.
Kelly Simpson and Marybeth
Comment Share
Share via:
RV

Posted Oct 24, 2020 at 11:03am
Our memories of Ken go back many years ago. We attended Real Estate Conventions with Ken and Bev. Although we lost touch with Ken after Bev passed away we do have one memorable recollection and that was the trip to Vancouver BC where we went Salmon Fishing. He had the fish we caught frozen and shipped home and then invited us over to his home for the best Salmon dinner ever. We can't forget the jokes and kindness of this gentleman ever. Rest in Peace Ken.
Comment Share
Share via:
RV

Our deepest condolences to Ken's family and friends. Remo and Fernanda Valente
TS

Posted Oct 24, 2020 at 10:39am
My remembrance of Ken is of a consummate gentleman with a great sense of humour. My condolences Eleanor.
Tom Steel
Comment Share
Share via:
RC

Posted Oct 24, 2020 at 08:43am
I FIRST MET KEN AT A REAL ESTATE BOARD MEETING MANY YEARS AGO AND WE BECAME GOOD FRIENDS, HIS QUICK WIT AND GREAT SENSE OF HUMOR WILL BE MISSED BY ALL THAT KNEW HIM AND ESPECIALLY BY THOSE THAT LOVED HIM. MY SINCERE CONDOLENCES TO KEN'S AND FRIENDS RANDY CRITCHLOW
Comment Share
Share via: 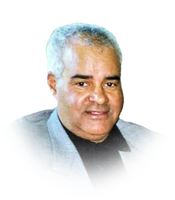