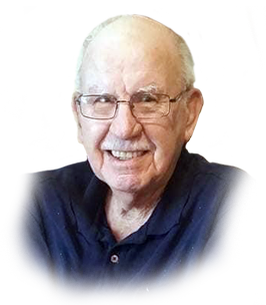 Share this tribute
Memorial Candles Lit for Leo Joseph | SEE ALL
Light a Candle
"We are honored to provide this Book of Memories to the family."
— Families First
Funeral Details Condolences & Donations Photos, Videos & Stories

Peacefully, on May 18, 2020, at the age of 87. Beloved husband of the late Jeannette (nee Walker). Dear father of Paul and Marlene Bezaire, Joanne and Guy Renaud of Ottawa, and Gerry and Patti Bezaire. Loving grandfather of Jason and Prixie, Geoffrey and Candice, Anna and Alex, Melissa, Stephanie and Scott, Kelly, Lisa, and Jaquelyn and great-grandfather of Julianna, Jaxon, Jaedon, and Bria. Youngest son of the late Alphonse and Louise Bezaire and son-in-law of the late Telesphore and Anna Walker. Brother of the late Bill (Thelma), Eva Kanaski (Chet), Stan (Ethel), Corinne Stewart (Friel), Louis (Rachel), Theresa Forsyth (Don) Harrison (Jack) and, Lawrence (survived by Patricia). Brother-in-law of the late Romeo (Carol), Leo, Eugene, Marie Anne (Jim), Ernest, and survived by Marcel (the late Lorraine), Roland (the late Madeline). Many loving godchildren and nieces and nephews survive. Remembered by Mary and Ron, Mike and coffee friends, Judi from the bank, and long-time friends Bill and Jane Fase.

Special thanks to the WRH Ouellette Campus Emergency Department.

Leo suffered from a brain abscess at age 59 leaving him impaired on the right side. He fought through months of difficult therapy eventually contributing again to the family business. Despite his impairment, he lived independently, drove his car, and even at age 87, often cooked meals for the family and took pride in planting his begonia baskets every year. While his grandchildren were the light of his life, his new passion was for his great-grandchildren. He took great joy in rallying the family to attend Mass and dinner every year in remembrance of Jeannette’s passing. He was the owner and operator of Malden Tree Farms Ltd. working with many members of the family. Leo was an accomplished landscape designer and later in his career turned his attention to propagating and growing. Leo was a founding member of the Windsor Chapter of Landscape Ontario, and a member of the Provincial Board of Directors, He was awarded the Past President's Award for Service to the industry. Dad wanted everyone to know that “Heaven welcomes another angel”.

A Private family interment has taken place at Assumption Cemetery. A Memorial Mass and gathering will take place at a later date.