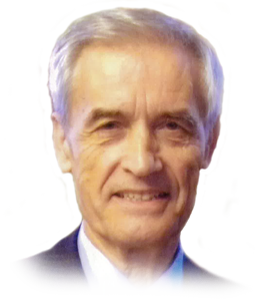 Share this tribute
Memorial Candles Lit for Slobodan | SEE ALL
Light a Candle
"We are honored to provide this Book of Memories to the family."
— Families First
Funeral Details Condolences & Donations Photos, Videos & Stories


Slobodan Krndija of Windsor, Ontario, age 75, passed away on December 13, 2019, after a battle with pancreatic cancer. Slobodan was born on March 12, 1944 in Semenovci, Bosnia to Marko and Ana Krndija. Due to World War II, Slobodan was 11 years old when he first met his father, Marko, a Chetnik Freedom Fighter in Serbia. The family emigrated to Rochdale, England during the war, where Slobodan was educated and became a watchmaker. He was also a musician and played the accordion in a band. In Derby, England he met and married his late former wife Mirjana (2019) in 1971. In 1974 the family moved to Sarnia, Ontario. In 1985, Slobodan and his family moved to Windsor, Ontario, where he worked as a mold finisher and proud employee of Reko Tool until his retirement.

Slobodan will be remembered as a wise, kind, and reasonable man. He enjoyed spending time with his family, always asking “do you need any help today?” He was incredibly supportive and provided much help when Mirjana was ill and passed away in January 2019. Slobodan was also an avid sports fan, always supporting his favourite team -the Derby County Rams, and his favourite tennis player, Novak Djokovic.

The family would like to thank Dr. Lawrence Jacobs, Dr. Nikolaos Koutras, Dr. Dusan Barisic, and the Hospice of Windsor and Essex County. The family would also like to thank extended family and friends, especially Barbara for her continuous love and support.
If you so desire, donations to Hospice of Windsor and/or Serbian Grachanica Church would be appreciated by the family.
Visiting Tuesday, December 17, 2019 from 3-5pm and 7-9pm with prayers at 8:00pm at Families First 3260 Dougall Ave. South Windsor, 519-969-5841. On Wednesday, friends are invited to meet at Serbian Grachanica Church (1960 Meldrum Rd.) for a funeral service at 11:00am. Interment to follow at Windsor Memorial Gardens.
PRINT