To share your memory on the wall of William Culverwell, sign in using one of the following options:

On Monday, reservations and personal face coverings are required to attend visitation from 2-4pm and 6-9 p.m. at Families First, 2130 Front Rd. LaSalle, 519-969-5841. You can reserve your time for visitation at FamiliesFirst.ca (RSVP) or by calling directly. A private family service will be held.
Read Less

Receive notifications about information and event scheduling for William

Print
A Private Family Service to be held.

We encourage you to share your most beloved memories of William here, so that the family and other loved ones can always see it. You can upload cherished photographs, or share your favorite stories, and can even comment on those shared by others.

Posted Sep 14, 2020 at 12:40pm
Connie & Family Please accept my sincere condolences at the passing of Bill It seems like yesterday rather than 50 years ago that we spent so much time together at Langlois. Bob Grondon
Comment Share
Share via:
TD

Posted Sep 14, 2020 at 10:08am
Dureck, Renee, and family. Please accept our deepest condolences for your family's loss.
Trent, Amanda, Xavier and Lincoln Durocher

Posted Sep 12, 2020 at 07:26pm
Connie and family our deepest sympathies for your loss, we worked together at Chrysler or I should say I worked , Bills job was right up his alley he was to go around and trouble shoot parts all over the plant and he always had a big smile on his face , he was a pleasure to be around. Marcel and Cathy Tourangeau
Comment Share
Share via:
JL

Posted Sep 12, 2020 at 06:34pm
My wife and I only met Bill recently while in hospital. He was obviously a wonderful man with a fantastic personality. In my personal conversations with him he had a great love for his family. He was strong in the adversity that he was facing and thought not of himself but only of his wife and family. I am proud to have met him if only for a short time. R.I.P Bill from all the stories you shared you had a full and happy life. Our sincere condolences to Connie who is a wonderful lady
Comment Share
Share via:
JO

My condolences to the Culverwell and Pukay families. 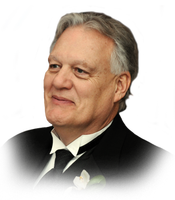 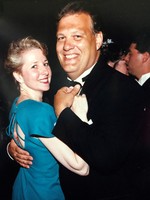 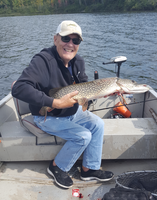