To share your memory on the wall of Doreen Ivan, sign in using one of the following options:

If you so desire, donations to Alzheimer’s Society would be appreciated by the family.

As per Doreen’s wishes, cremation has taken place, and a private graveside service was held.
Read Less

Receive notifications about information and event scheduling for Doreen

Donations are being accepted for: ALZHEIMER SOCIETY OF WINDSOR AND ESSEX COUNTY.

We encourage you to share your most beloved memories of Doreen here, so that the family and other loved ones can always see it. You can upload cherished photographs, or share your favorite stories, and can even comment on those shared by others.

Posted Aug 07, 2020 at 11:09am
Joe, Lisa, Sheila and Families
We were all saddened to hear that your Mom has passed away. Our thoughts are with you and your families. Those close to you growing up all share wonderful memories of your Mom and the whole Ivan family. Your memories are now there to reflect upon as you get through this difficult time. Best wishes to all of you.

Jim Sarnovsky
(on behalf of the Sarnovsky family)

Posted Aug 05, 2020 at 09:18am
Lisa,
My deepest condolences to you and your family, during this most difficult time. Kris Yovanovich Myers
Comment Share
Share via:
AT

Posted Aug 03, 2020 at 10:19am
My condolences to my cousins Joe, Lisa and Sheila on the death of your mother. I will always remember her as a feisty, outgoing and engaging personality and as a wonderful companion to your father.

Joe, Lisa, Shelia & of course, John (R.I.P.) – Seeing the note above from Andra reminds me of the first baseball jersey I ever had the honour of wearing, the blue & white J.M. Takacs team, coached by Joe Sr. I rode the pine for the most part, justifiably so, Joe Jr. & John would start at pitcher & catcher, switch half-way through, and that was pretty well the recipe for chalking up W after W. My family still mocks me for the time I came running in the door exclaiming, "I saved the game," as a batter on Riverside Sheet Metal (purple uniforms, and why do I remember that from 50 years ago, but forget to pick up milk on the way home?) ripped a shot deep down the right field line at Central Park's Tyke diamond, which had the tennis court as the left field wall, but no outfield fence in right field, so the ball just seemed to roll forever as I chased it down. A relay to home plate of probably 3 or 4 throws resulted in Joe Jr. tagging out the sliding batter-runner, who was called out on a bang-bang play, probably by umpire Abe Shapiro! I still remember scanning through the surprising number of fans at the game, hoping that icons like Lee Nantais, Knobby Knudsen, Tom Jones, or Knucks Willson might have witnessed "my" role in the big play. By the way, we were victorious in the game that I "saved," by a score of 56-0, and that is NOT a typo! Doreen was the guts & glue of the Ivan family. Your home on Everts Avenue, with just one house separating you from the Valcke clan, was always a hub, and "Doe" never ceased from being the most gracious host. She’d rather have had her kids and friends in her own kitchen than anywhere else, and would gladly break out the Kool-Aid, hot dogs, cookies, whatever it took, for the slam dunk trade-off of knowing where her children were and what they were up to! Her genuine love, protection, and adoration for all of you was palpable. The pattern continued when you moved a few blocks away onto Skyline, and I still revel in the endless discussions held around the booth in your kitchen, especially the morning after key hockey games, football games, whatever game had an Ivan in it the night before. Joe Sr. would break the game down with supreme conviction, John & Joe Jr. would provide the insider perspective, even if it was Lisa or Sheila who had played in the game, John providing more quantity, & Joe Jr. with more quantity. Lisa & Sheila had a rough time getting a word in edgewise, even if it was one of them who had scored he winning basket! I remember your mom usually having the final word, and it making a whole lotta sense, despite the bouillabaisse of comments & opinions. Doe seemed able to put scrambled eggs back into the eggshell! She also would interject timely humour just before a hot button was about to get red hot! If there was a midpoint, a no-brainer, a spinal cord, a commonality, to our anecdotes, that would stretch out to the edges of north, south, east or west, it was that Joe & Doe had your backs, on any day that ended in “y”! Those were indisputably the best of times. Even though the tangents of all of our lives have gone all directions, the friendships of our family and yours thankfully remains intact. The fun memories remain countless. The gratitude to our parents remains infinite. On behalf of Greg, Barbara, Cathy, Colleen, Mike, Gerry, Maureen & Margo, we have been blessed to have all of the Ivans in our lives, and to have been cared for by your parents in many ways. We are so happy that your mom will no longer suffer, and most of all, that “Johnny I” will now have both of his loving parents by his side endlessly. With sympathy & respect, Tom, Paula, Alanna, Jaxon & Mia Valcke 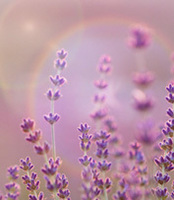