To share your memory on the wall of Roger Bergeron, sign in using one of the following options:

Roger was a long-time employee of Labatt’s Canada where he became one of its foremost brew masters until he retired from the company in 1986 as the Operations Manager for all of Ontario. He was highly instrumental in successfully setting up the brewing of the Budweiser brand when it was brought to Canada by Labatt Breweries under licence in 1980.

The family would like to give a special thanks to the caring and compassionate staff of the memory care unit at Season’s Retirement Community in Amherstburg and Erie Shores Hospice in Leamington for the tender loving care that Roger received. We would also like to thank Families First for their attentive and highly professional assistance with Roger’s funeral services.

In lieu of flowers as expressions of sympathy, donations to Erie Shores Hospice (Leamington) would be appreciated.
Read Less

Receive notifications about information and event scheduling for Roger

Print
A private family service will be held

Donations are being accepted for: Erie Shores Hospice Residential Homes.

We encourage you to share your most beloved memories of Roger here, so that the family and other loved ones can always see it. You can upload cherished photographs, or share your favorite stories, and can even comment on those shared by others.

Posted Sep 11, 2020 at 09:33am
Roger thank you for the the dance . I was so blessed to meet and get to know you .Roger had so many life experiences that he shared with myself & staff. Roger would meet me in the hall and sneak a candy or two in my hand as we met . It was his way of appreciation . He always looked forward to Friday entertainment In afternoon to listen and dance to the music. He shared how him and his wife used to dance a lot. He never missed a day of doing his push ups . Roger was an amazing special man that touched my heart and is truly missed . Thoughts & prayers to his family . ❤️
Comment Share
Share via:
M

Posted Sep 10, 2020 at 09:18am
May he rest in peace Roger was an amzing men he alway show all the girls so much love and everytime before i left work he would say to me my angel will watch over you when you go home now i got another angel watching over me i will truly miss you Roger God bless you always
Comment Share
Share via:
JM

Posted Sep 09, 2020 at 08:44pm
Im so very sorry to hear of Rogers passing. He truly was an amazing man and I will never forget his stories or his dancing !! So glad to have helped care for him over the past year... RIP Mr. Bergeron ❤❤
Comment Share
Share via: 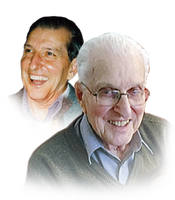