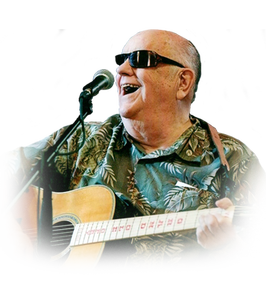 Share this tribute
Memorial Candles Lit for Roy | SEE ALL
Light a Candle
"We are honored to provide this Book of Memories to the family."
— Families First - East Windsor
Funeral Details Condolences & Donations Photos, Videos & Stories

“As we lose ourselves in the service of others we discover our own lives and our own happiness.” - Dieter F. Uchtdorf.

Roy Lesperance passed away peacefully on Monday, December 30th at Hospice Of Windsor at 84 years of age.

Roy Lesperance was a man of singing, service and tenacity. His life was full and by its conclusion had been well used up. He died peacefully in his sleep, having spent the day visiting with the entire Lesperance clan and with the contentment that there was nothing left for him to do.

Born in Sandwich East Township in 1935, Roy was afflicted at birth with congenital cataracts. Never having more than 5% of his sight, he became determined at a young age to not let that affliction define his life. As a young man he was named “Speedo” by his brothers and sisters not just because it was a hit song of the day, but because of his cross country running pursuits. Yes, you read that right, as a young man he was blind and he ran cross country…

Roy attended the School For The Blind in Brantford., Ontario where he learned ways to overcome his disability. He also started developing a love for music along with other students at the school, where he started to develop a distinctive bass singing voice and learning to play guitar and piano.

Upon returning to Windsor Roy started a vocal group called “The Teen Tones”. When they won a local Catholic Youth Organization talent show they started to get serious about music, rehearsing the hits of the day and performing at local shows. The Teen Tones eventually became The Chantones when the four members all realizing their French Canadian heritage and looking for a unique name took the phrase “nous chansons” meaning “we sing” and The Chantones were created.

In 1958 a singer who was originally from Windsor, but who was now Detroit based named Jack Scott (Jack Scarfone) was looking for a new sound. At the time Scott was recording on Carlton Records and wanted a more polished sound so he called the Chantones in Windsor and invited them over to his house in Hazel Park where they rehearsed for hours on his front porch, honing the vocal arrangements for the songs he had written and getting them ready to be cut in the studio.

Scott had written a song called “Greaseball” about a friend of his who had spent some time in the Guelph Reformatory, but fearing that the term was a little too derogative the label had him change the name of the song to “Leroy”. “Leroy” was cut in the recording studio, prominently featuring the background vocals of The Chantones. Recorded in that same session was a song called “My True Love” also prominently featuring the The Chantones, most especially the bass vocals of Roy.

Roy would reminisce of their time in the studio: “Jack liked the heavy bass sound. When we recorded Jack would put me on my own microphone so he could bring up the bass vocal in the final mix down”. Once Scott had the sound that he wanted “on the wax” he sent it to the record company where “Leroy” was released as an “A” side single and “My True Love” as a “B” side. Leroy was zooming up the charts and had already sold over 250,000 copies when a DJ decided to flip the single over and start playing “My True Love”. Now a double sided hit single “My True Love” went on to peak at #3 on the Hot 100 while “Leroy” topped out at #25. The single went on to sell over a million copies.

The Chantones went on to record other hits with Jack Scott such as: Goodbye Baby, The Way I Walk and the huge smash “What In The World’s Come Over You” which also peaked at #3 on the Top #100. The Chantones also recorded many of their own songs while signed to Carlton, Top Rank and Capitol Records, including a song that Roy had written “Once and Only Once”.

In 1961 while Roy and the group were performing in Atlanta, Georgia, their car broke down on Peachtree St. While waiting for a tow the guys ran into a couple of girls who had come to see their nightclub show earlier in the week. One of those girls was Joyce Lou Woods. As Dad’s lifelong friend and roommate in the Chantones Jack Grenier later said: “Roy met Joy that day and he fell fast and hard for her”. They were married on December 16th of that year in Goldsboro N.C.

Now with a family, Roy decided to depart life on the road with the Chantones and return to Windsor. Soon he was offered a position with the Canadian National Institute For The Blind as a management trainee in Toronto. Roy went on to work for the CNIB in Toronto, Kingston and eventually in 1979 back in his hometown of Windsor. Having first benefitted from the services of the CNIB as a child Roy was passionate about helping blind people adjust to their circumstances. He was often instrumental in assisting companies to design and build appliances and aids that would help people adjust to their blindness. He was also passionate about educating sighted people about blindness. Each year during White Cane Week Roy would often tour local Elementary schools where he would speak about and take questions from the students about blindness and demonstrate some of the latest technology that was available to help blind people. He retired from CNIB in 1997.

A dedicated Dad, Roy never let his lack of sight slow him down. Whether it was acting as the Manager for his son Mike’s hockey or ball teams and making sure that everyone showed up for games and practices or heading up a raffle so the team could attend a major league baseball game, he was always involved. He also had a somewhat legendarily wicked sense of humour. One time while attending a softball game with friends at Joyceville Prison in Kingston between inmates and local athletes he allowed his lifelong friend Jim Callaghan to talk him into being a guest umpire for an inning. So out he went to home plate, white cane in hand where he began calling balls and strikes to the absolute delight of the crowd. Eventually his wife Joy convinced him that the joke had been made and to relent from the plate but as he departed he told the home plate umpire “I was doing a better job than you were”…

Roy never gave up his love for singing or for playing the guitar. Family picnics were never complete until the guitars came out and songs were sung. Roy also joined up with a number of fellow members of the Lions Club to form “Lions Pride” a group that went into local nursing homes to sing for the patients there. As Roy became more comfortable in retirement he started to perform by himself going out with his brother Ray to perform in local nursing homes where he became sought after as an entertainer, eventually performing over 1100 shows. He was recognized for these efforts in 2013 when he was inducted into the Windsor Music Hall Of Fame.

Roy was pre-deceased by his parents Fred and Rose, his brothers Bob and Leo and his sisters Kay and Renie. He is survived by his brothers: Ray (Jeanette) Marvin (Kay) and Gary (Jackie), his sister Madge (Frank) and many nieces and nephews including his Godson Lee.

Roy was pre-deceased by his beloved wife Joy Lou (1999) and is survived by his son Mike (Lisa), his daughter Deborah (David). His grandchildren: Matt (Tara), Alisha (Jake), Josh (Allie),
Meghan, Derek and Brandon and great-grandchildren: Gavin, Scarlett and Ethan. He is also survived by his dear friend Yvonne Gardner.

Roy’s family would like to thank his many caregivers, especially those at the Windsor Regional Cancer Center and The Hospice of Windsor

“He may have been born without sight, but he always had tremendous vision.” – Mike Lesperance
PRINT