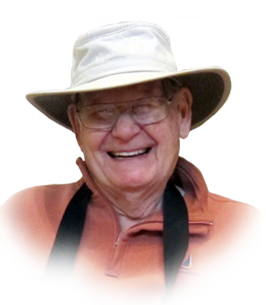 Share this tribute
Memorial Candles Lit for W. Donald | SEE ALL
Light a Candle
"We are honored to provide this Book of Memories to the family."
— Families First
Funeral Details Condolences & Donations Photos, Videos & Stories

Died peacefully in his sleep early Tuesday morning, March 17th, 2020. Don was born Friday, September 13th, 1929 in Montreal. Predeceased by his loving wife of 62 years, Lois Bardwell. He will be deeply missed by son David (Akke) from Seeley’s Bay, daughter Lesley (Jeff) from Windsor. Don’s three grandchildren, Ryan Bardwell (Jacquline) from Baden, Keith Wilkinson (Kristine) from Windsor, and Leah Arvidsson (Max) from London. He also has two great-granddaughters, Alison and Olivia Bardwell.
Don was a highly respected minister, educator, and counsellor. He was a minister of the United Church in the Maritimes, Ontario and Quebec. Don received his B.A. (1952), and his B.Div. (1955) from McGill University and his D.Min. from Boston University (1980). After Don’s ordination in June 1955, his pastoral charges were Grace United Church in Chelsea Quebec (1955-1957), Rideau Park United Church in Ottawa (1957-1959), and Emmanuel United Church Ottawa (1959-1964). Don was Field Secretary of Montreal and Ottawa Conferences (1964-1973). He was head of Christian Education for the Maritime Conference Office (1973-1979). In Windsor, he was Minister at Chalmers United Church (1980-1988), and Glenwood United Church (1990- 1994). Don was an Addiction Counsellor at Brentwood Recovery Home under Fr. Paul Charbonneau from 1988-1990. From 1990 until his retirement in 2011 Don remained involved in Essex Presbytery, with social issues in the Windsor community, and adjudicated Doctoral Ministry Candidate dissertations at Canterbury College. For many years, the family enjoyed summer vacations in Maine. The beach allowed Don to think about God’s works and wonders. We had many good times and shared laughs and many lobsters. Thank you to the excellent staff at Oak Park Retirement Home Lasalle, Bayshore Home Health Care, the doctors and staff of Metropolitan Hospital, and the compassionate care of The Hospice of Windsor and Essex. A private funeral service has taken place.

A celebration of Don’s life will be announced at a later date.
In Lieu of flowers, donations to the Downtown Mission or Hospice of Windsor-Essex are appreciated.